I can’t say I was ever a big fan of Perry Mason.  When it originally began airing in 1957 I was all of five years old.  When it went off the air in 1966, I was fourteen and had other things on my mind besides watching a stodgy old overweight lawyer trick some numbskull into confessing to murder.  But somehow the complete series has ended up in my library including a set of the Perry Mason movies that remain on the shelf unopened.  Collecting Classic TV can begat some bad habits.

That’s not to say that over the years I haven’t watched any episodes.  I have. And they’re usually entertaining enough and no worse than sitting through an hour or two of Dateline: NBC to find out who the killer is.  In fact, compared to Dateline, Perry Mason is swift, breezy, and quick.  And if you don’t want to wade through the whole episode, you can always fast forward to the end but then you’ve blown over a hundred dollars just to have that pleasure. Current Amazon Price is $107.78.  But no worries.  Those who chose to buy Volume by Volume as they were originally released paid about 10 times as much.  I didn’t get suckered into that deal but we’ll overlook a few others I overpaid for in the same manner. (Mannix, Hawaii Five-O, Mission: Impossible).  Live and learn.  You can also stream this episode and others on CBS All Access but there are seasons and episodes missing so you don’t get the whole shlemiel.

The first episode I watched was from Season 1.  It was Episode number 2 and called The Case of the Sleepwalker’s Niece.  Every Perry Mason episode was The Case of something or other unlike the Hardy Boys and Nancy Drew which liked to change their titles up with words like The Clue of, The Mystery of, The Secret of, or in one strange instance, “Nancy’s Mysterious Letter.”  You always know where you stand with Perry Mason played by Raymond Burr in the original series and then rehashed again in The Perry Mason Movies once he recovered from his bullet wound in Ironside. 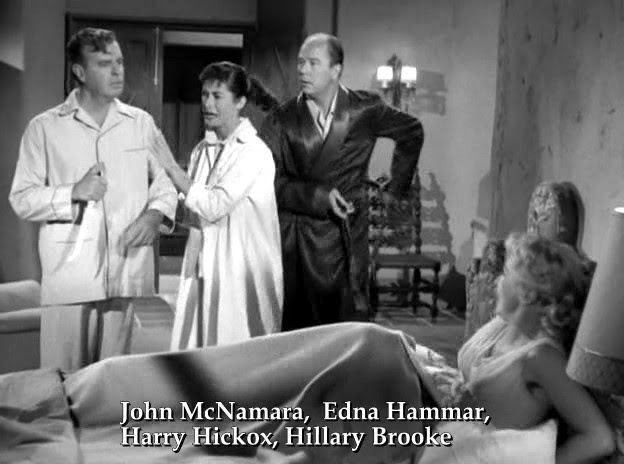 And thank you to the anonymous person on the I.M.D.B., who typed out this synopsis so I don’t have to.

Unhappily-married Doris Cole finds her husband Peter sleepwalking near her bed with a knife in his hand; Doris accuses him of trying to kill her and decides to divorce him.

A year later, one day before the divorce is to be finalized, Peter’s business partner Frank Maddox visits Doris and offers her $100,000 to hold off on the divorce. Then Maddox and his attorney Ralph Duncan visit Peter and his stepbrother Phillip Kendall. Maddox wants $500,000 for his share of their company, which is about the worth of the whole company, or Doris will not grant the divorce.

Peter’s niece and secretary Edna Hammar calls Perry Mason to help her uncle, who is engaged to remarry. Perry intervenes, suggesting Maddox and Duncan stay at Phillip’s home that night. Phillip is found stabbed to death the next morning after he and Maddox had traded rooms. Peter is arrested for the murder with the belief he stabbed Philip expecting Maddox to be in the bed. 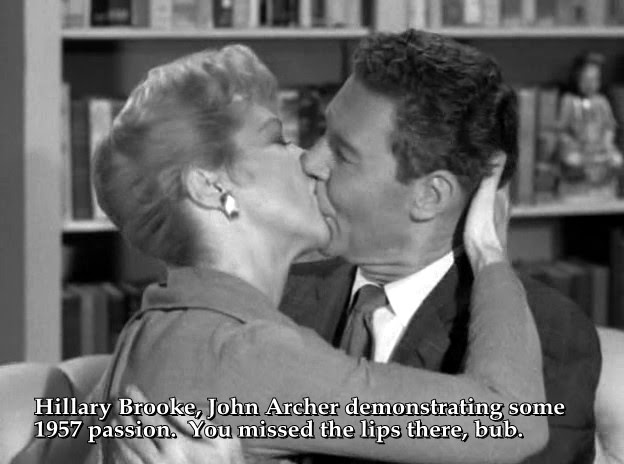 Believe me when I tell you it’s not as complicated as it sounds. I nailed the culprit less than halfway through the episode and I’m sure you will as well.  Unless you’re a Trumpanzee.  They couldn’t find their way to a firetruck if they were standing at the bottom of the fireman’s sliding pole. 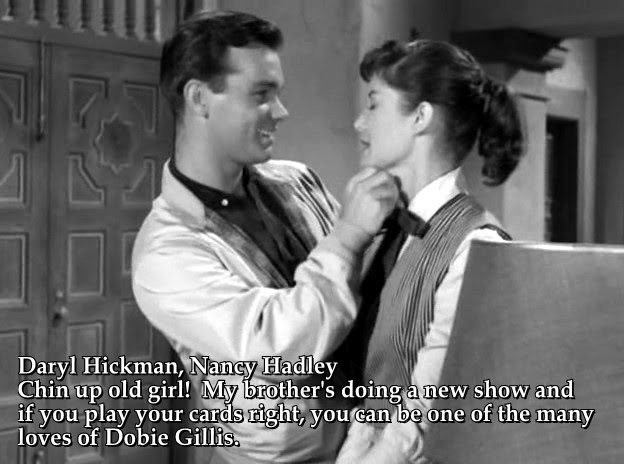 The clues are all there for you although more often than not that isn’t the case.  You usually don’t get to see the aces Mason holds up his sleeve until the very end. In those cases you have to do what Mr. Spock did and make your best guess possible under the circumstances.  But eventually his main sidekick Paul Drake will wonder in off the street with the evidence that will crack this nut wide open while Della continues to take notes.  Or doodles.  Or makes coffee. It might even be good to the last drop. 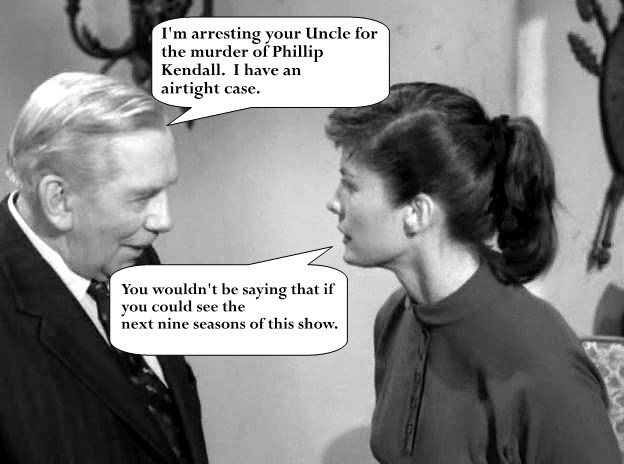 But still, you’ll stick around to find out if you’re right while (sarcasm alert!) being treated to some truly realistic courtroom scenes and find out who the loser of the week is and will be joining the likes of Scott Petersen in San Diego’s death row at San Quentin for a very long wait. 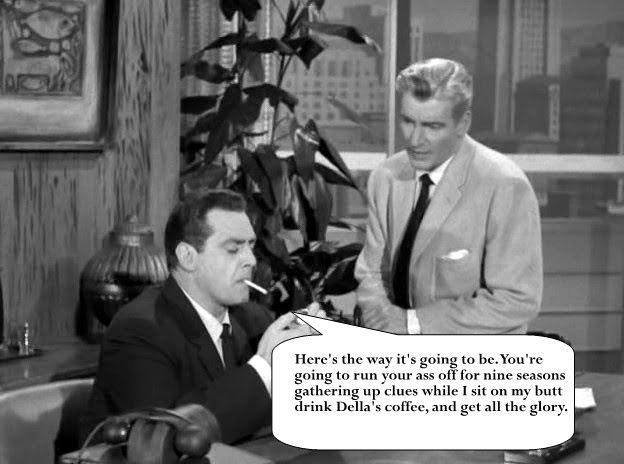 What’s always amusing to me is how full of bluster and smugness Police Lt. Tragg and D.A. Hamilton Burger are when these murders occur.  We on the other hand grin knowing they are putty in Perry’s Hands, as he makes Tragg the most inept cop on any police force and Burger the biggest D.A. Loser in history.  On the plus side, I never knew Tragg to shoot an unarmed black man in the back either.  Maybe that happened off camera.

But all you need is one clue and it comes quick if you aren’t paying attention.  I’ll even give it to you so you won’t have to stay awake nights wondering.  Listen for someone to mention briefly how they’re poor.  That’ll do.