Up until a few days ago, I didn’t know that a Bitch Slap movie existed.  I’d been watching some video’s on YouTube of commentator and podcaster, John Campea.  I latched onto his YouTube broadcast a couple of weeks ago strictly by accident when it popped up with his commentary regarding the Scarlett Johansson/Disney mess.  Some […]

In a review I once wrote regarding a Bob Hope film, The Lemon Drop Kid (1951), I reminisced about the olden days of yore, when the peasants were relegated to choosing between three whole (yes, count them, THREE!) TV channels, if they were lucky enough to live in a major metropolitan area. Or at least within […]

I know that when Two on a Guillotine was released, they had some scary ads on television to entice young impressionable minds to head to the local cinema and get the crap scared out of them.  Afterwards you could go home, hide under the blankets, and have nightmares for the rest of your adolescent and […]

Way way back when I first reviewed 13 Frightened Girls, I watched it with my youngest son, Joshua and hoped to cajole him into offering up his perspective. A much younger viewpoint to balance out the critique or to prove you didn’t have to be the ancient mariner to enjoy movies made before the year […]

As you get older, the further back in your childhood that you go, the more your memories become a bit cloudy. Let’s take today’s movie, 13 Frightened Girls as an example. I believe that the first time I saw William Castle’s 13 Frightened Girls was at a drive-in movie with the family. When we were […]

I first saw Daddy’s Gone-a-hunting at either a neighborhood theater or drive-in. I can’t remember for sure which of the two it was. But what can you expect? It’s been close to 50 years since the thing was released. Time in the movie world marches on.   What I do know is that back in 1969 […]

Having originally written this review three years ago, I have re-edited it and updated the photographs to make the captions easier to read and more legible.  I also updated my commentary in order to relate the film to current events.  I do not leave my politics, opinions, my beliefs, or my personal feelings out of […]

END_OF_DOCUMENT_TOKEN_TO_BE_REPLACED 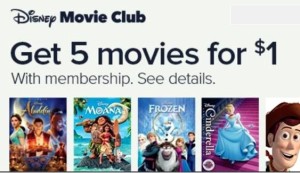