What could women expect in the 50’s and early sixties? I’m working on a project from that era where I’m reading several books that later became movies. In each one of them there was a prominent rape that was glossed over. In one there was a rape and a gang rape and presented as no big deal. The movie versions of these novels, except for one, left out the rape completely. The only time a rapist suffered any consequences was in the book written by a woman. In one book the main character ended up falling for and marrying her attacker. (Now you know where the idea of Luke and Laura in General Hospital came from. Rape her, marry her.) In the other, the protagonist dated a guy despite the fact that he admitted to having raped someone. You would have thought things would have improved, but yet we now have President Racist Raper-in-chief.

Having his own experience treating women as nothing more than vessels for him to ejaculate into or on, and so many white women ignoring his past and voting for him in 2016, is it no wonder we’re in this mess? Trump wants to march himself and they back to the unaccountable 50’s and 60’s where women could be taken by white men for their pleasure at the drop of a hat. If I live to be a thousand (which I won’t of course), I’ll never ever understand how people got so goddamn stupid as to be taken in by Trump Monster.

I can understand all the white males in this country voting for him because the majority of men in this country are all into brainless, mindless, macho bullshit and voting for a racist mindless, rapist makes their dicks get hard with the very thought of strutting around in all their glory which includes keeping women in their place. Trump treats women like shit? Trump marries a trophy wife, former nude model, bought and paid for to find her way into the white house as our First Lady Whore? That’s really cool shit when you dig into much of the male psyche in this country. You know which ones I’m talking about. Look in any redneck bar.

From the Daily Beast:

President Donald Trump is known to long for the 1950s—when women were expected to be subservient and quiet and presidents could just deport people en masse. Now, he’s plucked a campaign message straight from his favorite era by telling “suburban housewives” he’ll protect them from an entirely imaginary “invasion” of poor people led by Sen. Cory Booker, the sole Black male Democrat in the Senate. In a tweet sent the morning after Joe Biden confirmed Sen. Kamala Harris as his running mate, making her the first Black woman to be picked for the job, Trump wrote: “The ‘suburban housewife’ will be voting for me. They want safety & are thrilled that I ended the long running program where low income housing would invade their neighborhood. Biden would reinstall it, in a bigger form, with Corey Booker in charge!” It’s not clear what Trump is basing his assertion on—a recent polling average showed that women favor Biden over Trump by 23 percentage points. The president recently rescinded an Obama-era rule that he falsely claimed forced the construction of low-income housing in suburban areas.

Trump believes that he can scare suburban women and housewives into believing he can save them from an influx of poor black people ready to invade their neighborhoods and their homes. Funny, but the guys in the above mentioned books were all white.

He thinks he can get away with it because he believes women just love him and he thinks they’re all imbeciles as he’s shown time and time again at his press conferences. I’m sure it will sell to whacked out Evangelicals who buy into Trump’s mouth farts in the same way that maggots eat the crap in your garbage can. Of course, they’ll be able to buy into it if that White Supremacist Asshole living two doors down doesn’t take them or their kids out with his assault weapon first. Hallejulah! 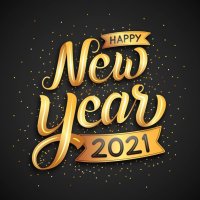 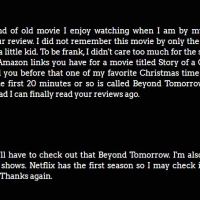 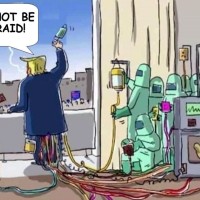